E3 2018 promises to offer our first real look at Cyberpunk 2077. Can the Polish studio afford for it to be anything less than stellar? 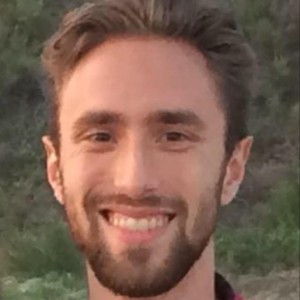 This industry can be cruel to those that don’t play into the hype machine. The tease-before-the-tease media cycle, popularized by Marvel, has rapidly become the modus operandi in all forms of entertainment, leaving little room for developers who understand the virtues of patience.

Of course, there are always exceptions. Over the past few years, Bethesda has built a reputation for announcing and showing its games only months ahead of release. There are just some developers and creators who have earned the right to do what they want when they want. CD Projekt Red is one of those developers, and this year’s E3 could be a reminder of why.

It’s hard to believe that it’s been three years since CD Projekt Red released The Witcher 3: Wild Hunt. In an industry that seems to move at lightning speed, three years can seem like an eternity. It’s long enough for some games to be forgotten and others to become classics. The Witcher 3 certainly sits in the latter category.

When it came out in 2015, CD Projekt Red’s Slavic-infused fantasy landed on numerous Game of the Year lists. The Witcher 3 offered a startlingly-detailed world full of well-written characters that defied the tropes of the genre while still appealing to its inherent power fantasy. CD Projekt Red proved that depth and breadth didn’t need to be mutually exclusive. In the three years since it came out, it’s gone from Game of the Year contender to all-time classic, staking its claim on “best games of all time” lists.

The studio released two stellar expansions for The Witcher 3, expanded Gwent —the game’s deck building mini-game — into a proper release, and collected metric tons of goodwill with its constant tweaks, free DLC, and consumer-friendly practices. In a matter of three years, a studio that was previously known for solid, cult hit RPGs had become the industry’s poster child for immersive open worlds and a fan-favorite developer.

It’s understandable then that CD Projekt Red has taken its time with Cyberpunk 2077, its open-world sci-fi follow up to The Witcher 3. Announced well before The Witcher 3 came out, Cyberpunk 2077 is most likely suffering from the aftershock its predecessor’s explosive success. With all eyes now firmly on them, CD Projekt Red can’t afford to release anything less than stellar. That kind of pressure can produce great things. The team’s already proven its open world chops, and the idea of a cyberpunk world crafted with the attention to detail and free-roaming opportunities that we saw in The Witcher 3 is exciting enough on its own.

However, even for a studio as hardworking and dedicated to quality as CD Projekt Red, six years is a long time to stay relatively silent on such a highly-anticipated game.  It’s been six years since the game was first announced and the stylish, cinematic teaser that was revealed in 2012 remains the only firm visual representation of the game we’ve seen.

Next to nothing is known about Cyberpunk 2077. It takes place in – you guessed it – 2077 in Night City, a Los Angeles-like city in California that will most certainly give Blade Runner fans something to drool over. It will be an open-world RPG that features vehicles and some sort of seamless multiplayer component. Other than that, CD Projekt Red has been pretty mum about the whole thing. Luckily, E3 2018 looks like it will change that.

Per some details gleaned from the E3 directory, it looks like the Polish developer will be at the event with a new RPG in tow. It doesn’t take a genius to figure out that this is most likely Cyberpunk 2077. Fans of CD Projekt Red know that the developer can make a splash at E3 when they want to. With The Witcher 3, the studio perfected the balance between presenting enticing, cinematic visuals and actual gameplay. In a way, the team put the same amount of panache and attention to detail into its E3 presence as it did the game itself. But will that be enough for Cyberpunk 2077?

Unlike four years ago, the team is operating under the weight of unimaginable expectations. If three years feels like a century in the games industry, six years feels like a millenium. So make no mistakes, CD Projekt Red needs to own E3 this year. No more cinematic teasers. The team needs to show the game in action. They need to prove that the past six years have been building up to something, otherwise, all that goodwill they’ve stockpiled could start to fade away..

But if any studio can overcome that pressure, it’s CD Projekt Red. This Polish team has proven over and over that it knows the value of time, patience, and silence. The Witcher 3 was a fantastic game largely because its world was handcrafted by artists and designers who, like the best craftsmen, know that it takes time and undivided attention to create a masterpiece.

After six years of relative silence, if 2018 is the year CD Projekt Red reveals more about Cyberpunk 2077, gamers should be excited. The developer has been pretty honest about how seriously they’re taking not only their audience’s expectations but their own expectations. The fact that CD Projekt Red is finally willing to show off their hard work means something: E3 2018 is CD Projekt Red’s to lose. Like any E3, this year will have its fair share of surprises and flashy first-party reveals, but all eyes will be on the little Polish studio that did.